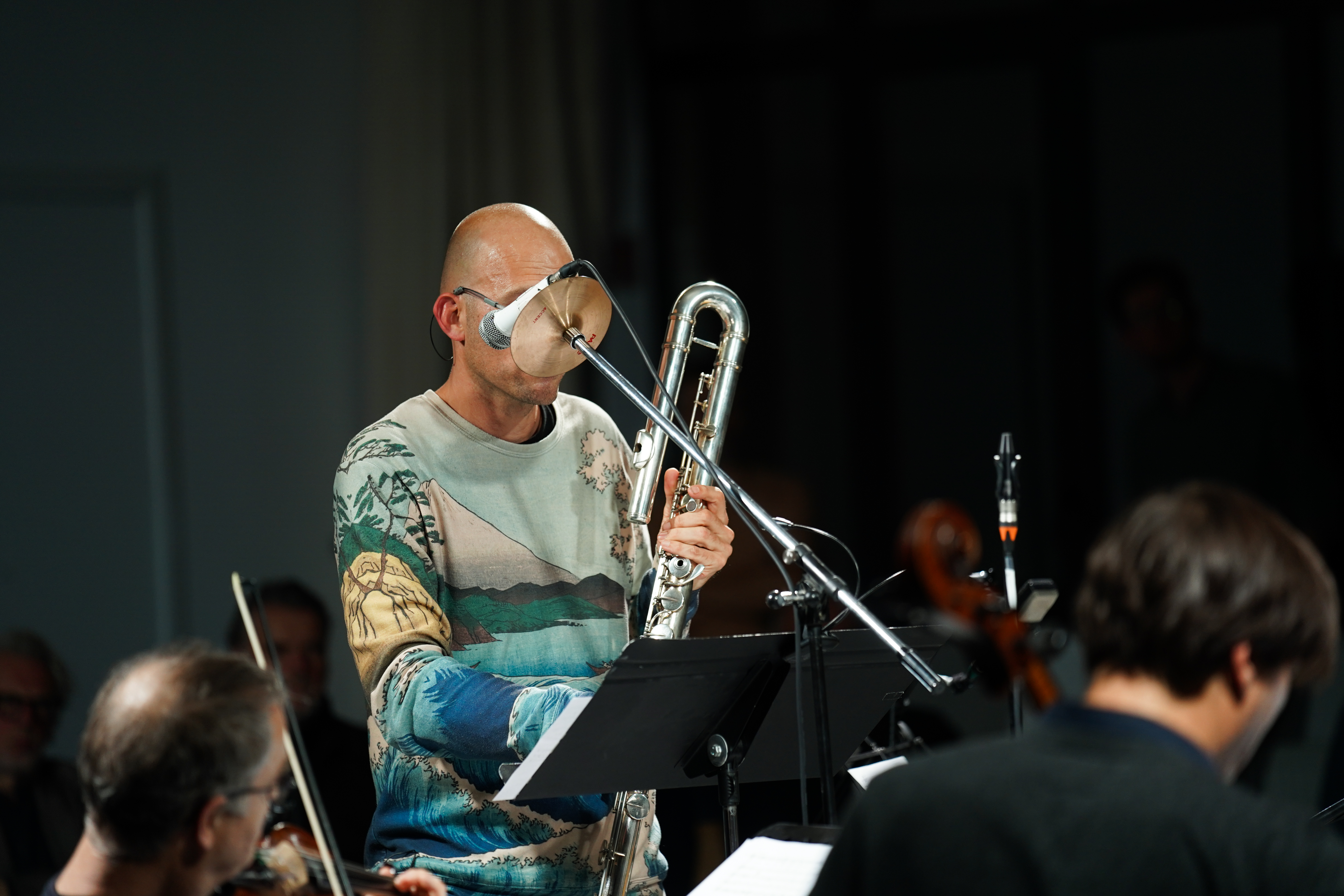 Production Needcompany
With the support of the Flemish Government

For Maarten Seghers, creating work and meaning from ‘unintelligibility’ is a deliberate act in which the hopeful slumbers. A new notion can emerge. Thus disconnection is a potential re-connection.

Songs of Disconnection is a next step in Seghers’ research into the potentially tragic relationship between entertainer and spectator. This resides in the irresistible urge to share and connect and the essential impossibility of doing so.

“Today, beyond all the discoveries, reclamations and exploits, we come to a landscape. It is a landscape that we no longer know. The same landscape that thus becomes the new discovery. The idea of the end is dropped, the need for an alternative world at astronomical distance is dropped. A new potential arises in the same place.

There is an eruption of all colours and meanings because everything could be and nothing is. An exuberant utterance that sprouts from an excited imagination about unattainable places and incomprehensible times. A generator that breeds the absurd idea called ‘together’.”

Since WHAT DO YOU MEAN WHAT DO YOU MEAN AND OTHER PLEASANTRIES (2014), Seghers has consistently had ‘the orchestra’ appear as the protagonist in his performances. First as frontman and imaginary backing band. Later, in O or The Challenge Of This Particular Show Was To Have Words Ending In O (2016), both as a contemporary bass drum ensemble, as bellowing herd of cows as well as muzzled Gregorian choir. Then as a toppled rock band in Concert by a Band Facing the Wrong Way (2018) and now as a wandering chamber orchestra in Songs of Disconnection. In all these forms, the orchestra turns up as an almost archaeologically excavated artefact; the ‘entertainer’ as a metaphor for humankind’s driving force to communicate and connect.

With percussionist/vocalist Aya Suzuki, cellist/vocalist Simon Lenski, violinist/harpsichordist George van Dam and flute player Michael Schmid, the orchestra consists more than ever of individual artists who excel in understanding and performing musical writing. They are virtuosos who, in their own work and each in their own way, fundamentally question music in order to arrive at sound and music as physical matter.In fragment of wallpainting depicting duck on water, not only their profession but also themselves and their bodies are reduced to matter through the most embarrassing medium of all arts - the theatre.

Production Needcompany
With the support of the Flemish Government