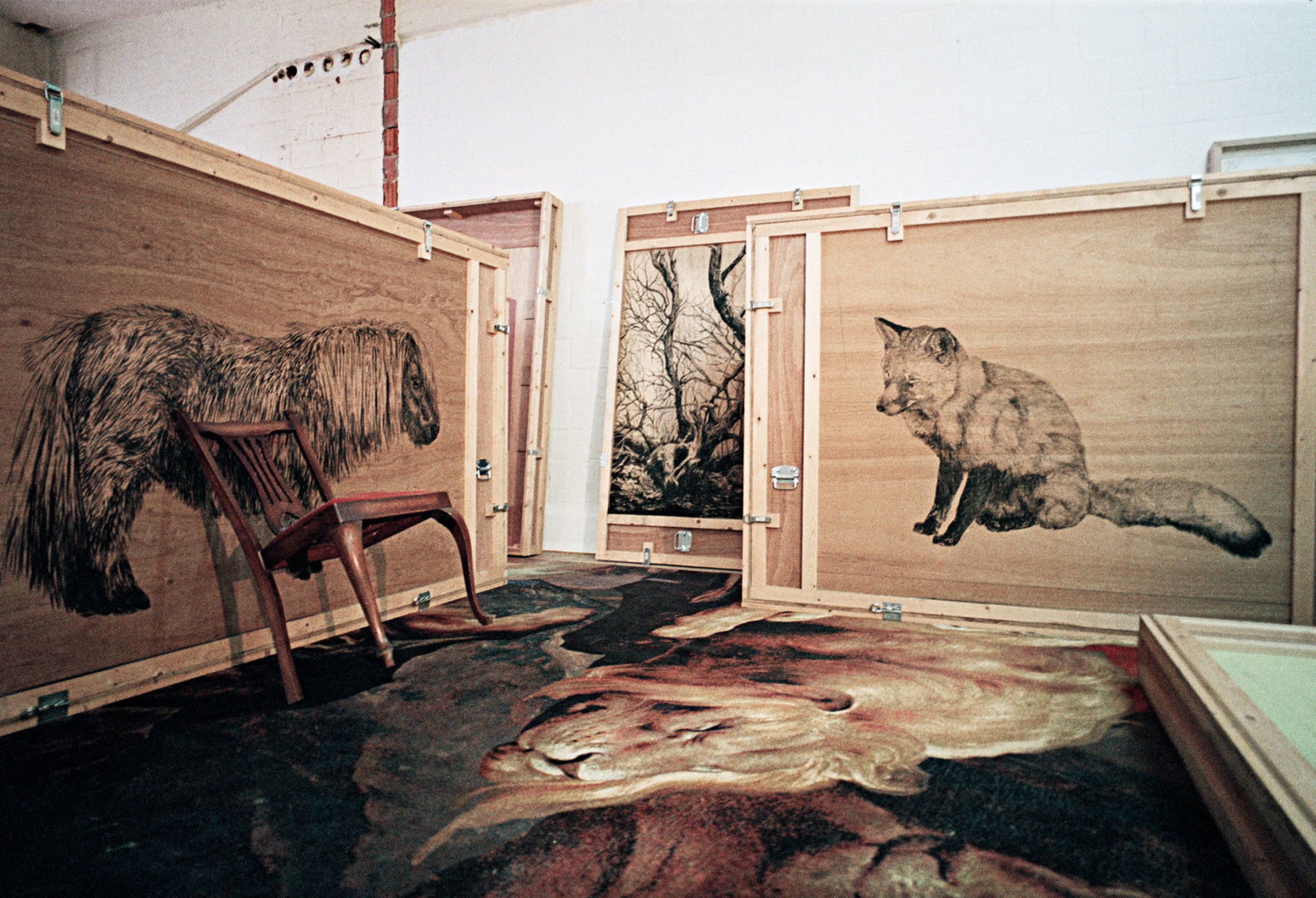 An exhibition by Jan Lauwers 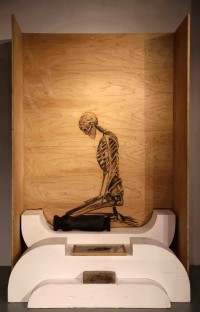 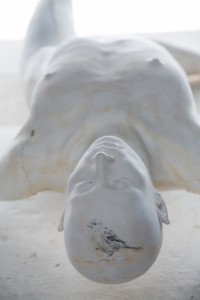 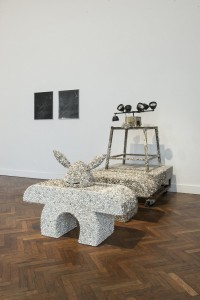 In May 2016, Jan Lauwers became the first Belgian to exhibit at the brand new McaM in Shanghai, a museum of contemporary art headed by the Chinese artist Qiu Zhijie. Part of this large-scale exhibition is now presented at BOZAR.

Silent Stories is intended as a monumental installation, in which Lauwers reinterprets and combines past works and materials. For this exhibition he uses so-called inferior material such as used packing cases, old wainscoting, and pieces of discarded wood, to which he gives a new value by transforming them into supports for images. A portrait in graphite of an old beggar in Shanghai on a discarded piece of felt was the first picture Lauwers produced for this installation. This kind, laughing man, whose name he doesn’t know but whose face radiates an almost historical beauty, was a silent story.

Lauwers places his personal perspective and life archive into a social and historical context. The exhibition enters into an idiosyncratic dialogue with European art history. The work Nature Morte, consisting of academic drawings on wooden cases, refers to two of the most influential Western artists and personalities of the twentieth century: Marcel Duchamp and Walt Disney. Duchamp, the headstrong court jester of contemporary art, who wondered what the function of art actually was, as against the animated kitsch of Disney. The one changed the world with an upturned urinal (Fountain, 1917), the other with the capitalist Mickey Mouse in 1928. The support for Nature Morte is the painting Daniel in the Lion’s Den (1615) by the Antwerp baroque painter Peter Paul Rubens, which has here been transformed into a carpet. Here too, the function of the painting has been revised and the individual function of the original work rendered superfluous.

In 2007, Jan Lauwers showed his visual art in the ‘Restlessness’ exhibition at BOZAR. At the same time he started building his installation ‘The House of Our Fathers’, in which every detail is a non-functional artwork that stands up in its own right. A hospitable house that hosted eight-hour durational performances by the core Needcompany performers, bringing together more than forty years of research in art, dance, theatre, literature, music and film.

In 2013, Dirk Braeckman was invited to become part of the installation/performance in Hannover. This resulted in a series of photos entitled ‘The House of Our Fathers, a sketchbook’, which sheds new light on this installation and performance. It is a baroque interpretation of Jan Lauwers’ work by Dirk Braeckman. “Braeckman does not photograph my work, he doesn’t take a portrait of a Needcompany performer. He seeks out the truth behind a moment when light, movement and material become a self-portrait”, as Jan Lauwers puts it.

A selection of Braeckman’s photos are exhibited in confrontation with new work by Jan Lauwers. A juxtaposition of the two worlds. A larger selection of works is shown in the artist book that Dirk Braeckman and Jan Lauwers are publishing together in association with MER. Paper Kunsthalle.

An exhibition by Jan Lauwers