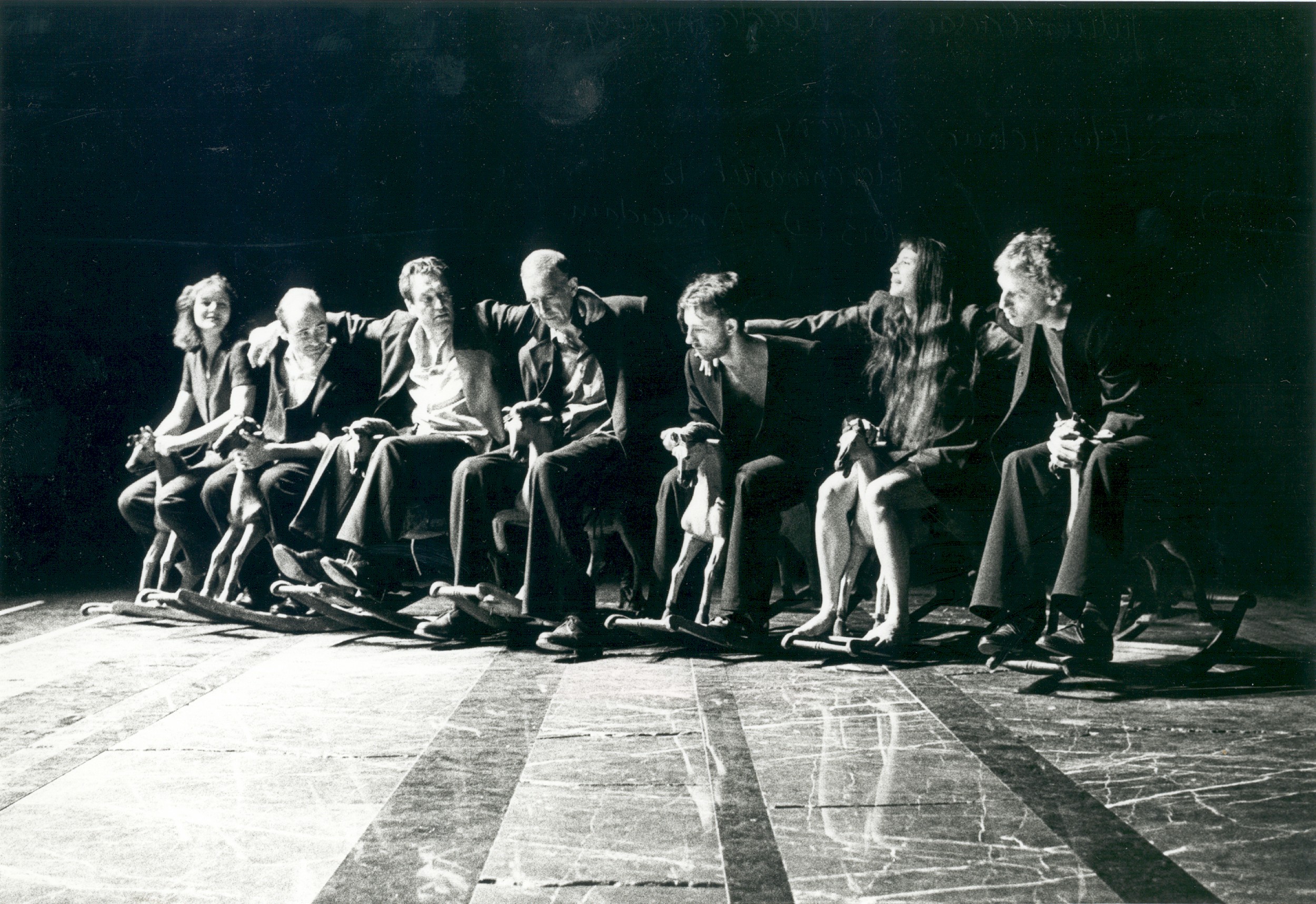 After Need to know and ça va, Needcompany's third production, Julius Caesar, premiered. The starting points chosen by director Jan Lauwers for this new project are diverse in nature.

First and foremost, there is the text by William Shakespeare - a piece less played in our regions - in which not only Julius Caesar but certainly also his assassins, including Brutus, are central: a political drama in which 'humanity separates itself from power'.

The third point is of a visual nature: the most important element in Julius Caesar's setting is a marble floor, into which a series of figures have been carved. The floor is part of a larger visual artwork by Jan Lauwers, called De Zee, which will be exhibited later.

Once again, Jan Lauwers tackles his material in a multidisciplinary way: text and movement, music and rhythm, space and image are fused into an organic whole.