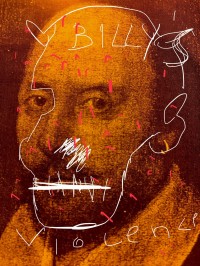 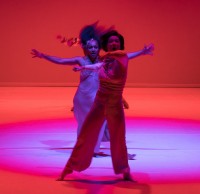 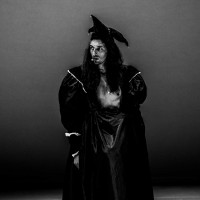 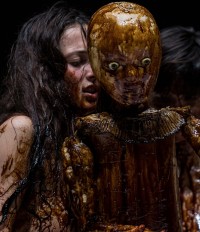 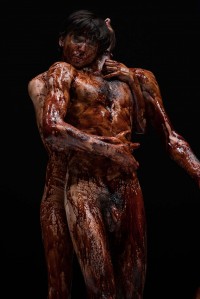 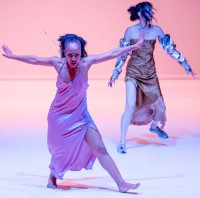 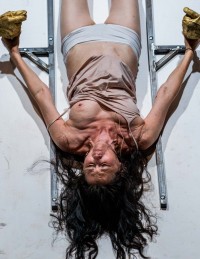 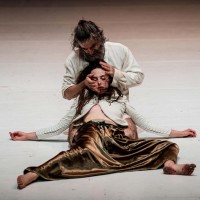 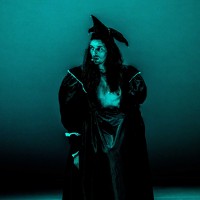 For Billy's Violence, Victor Afung Lauwers researched the ten tragedies of Shakespeare and rewrote them into violently loving, intimate dialogues in which the woman is the central focus, stripped of any historical reference or anecdotal content.

Erwin Jans: 'Shakespeare may have never been so brutally and provocatively stripped. Obscene, hard and poetic. Words. Words. Words. But there are hardly any words left. Only some highlights. Recognizable poetry - Shakespeare quotes - that flashes like lightning against a dark night and disappears just as quickly. Just long enough to recognise the landscape, but too short to find its way.

When the curtain falls over Shakespeare's tragedies, order is restored. Over a mountain of corpses, the calm of the equilibrium descends once more. In what precedes this - the actual play - a departure from all moral rules is staged, a deep rent in the social fabric, an excess of aggression and violence. Is this excess only required to more convincingly demonstrate the need for the law? Or does the violence contain its own insight? Its own truth? And what might that be?'

Shakespeare is the most read and performed writer the world has ever known. And yet many of the bard’s plays are virtually unperformable due to their violence, gruesomeness, racism and misogyny. What does violence in art mean in today’s world? Why do we enjoy watching it so much? Is violence viewed differently today than it was in the 16th-17th century?

Jan Lauwers: 'Shakespeare wanted an audience in his theatre, but in the streets of London there were dog fights and torture. Women were being burnt in the squares, public executions took place. These were large-scale festivities that brought many people together on the streets and Shakespeare had to use sex and violence, among other things, to lure the audience to his theatre. That is very interesting. It is not dissimilar to Quentin Tarantino. Is it gratuitous, entertaining, or is it necessary or impossible? Quentin Tarantino is a choirboy by comparison to the sheer brutality evoked by Shakespeare.

I am increasingly convinced that we need to find a different way of thinking which shows that all people are against violence. We think that everyone is bad, but that is not true. The majority is not violent; there is great solidarity. If we go back in history - and I keep coming across Shakespeare and his tragedies - then maybe we can find something.'