Maarten Seghers joined Needcompany in 2001 and became the third central artist alongside Jan Lauwers and Grace Ellen Barkey. All his artistic work departs from this house and embraces the versatility of the company. He makes objects and installations, creates his own productions and performs in the work of Lauwers and Barkey and leaves a substantial mark on Needcompany's universe with his songs, sounds and compositions.

The art practice of Maarten Seghers emerges from the desire to escape any form of definition, to refute and contradict any sort of stigmatisation. He understands the art of welcoming confusion and embracing chaos. In this way, he exposes the practice of art through apparent absurdity in his solo performance 'WHAT DO YOU MEAN WHAT DO YOU MEAN AND OTHER PLEASANTRIES' (2014). It earned him a nomination for the Choreographer's Prix Jardin d'Europe 2015 in Vienna.

Entirely in the style of Needcompany, Seghers also regularly involves other artists in his world. A good example of this is the performance 'O or The Challenge Of This Particular Show Was To Have Words Ending In O' (2016) in which he confronts himself with the artists, musicians and dancers Fritz Welch, Simon Lenski, Nicolas Field and Mohamed Toukabri. In 'Concert by a Band Facing the Wrong Way' (2018) Seghers, together with Rombout Willems and Nicolas Field, seeks to grasp the link with the audience without fine stories or seductive illusions.

As a member of Needcompany, Seghers, together with Lauwers and Barkey, is always looking for ways to open up the house to new impulses. Since 2017 the company has a physical base in Molenbeek called MILL. This location gives them the opportunity to propagate this openness. 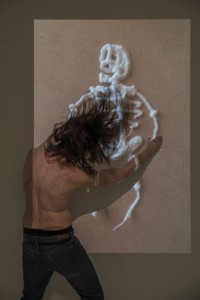