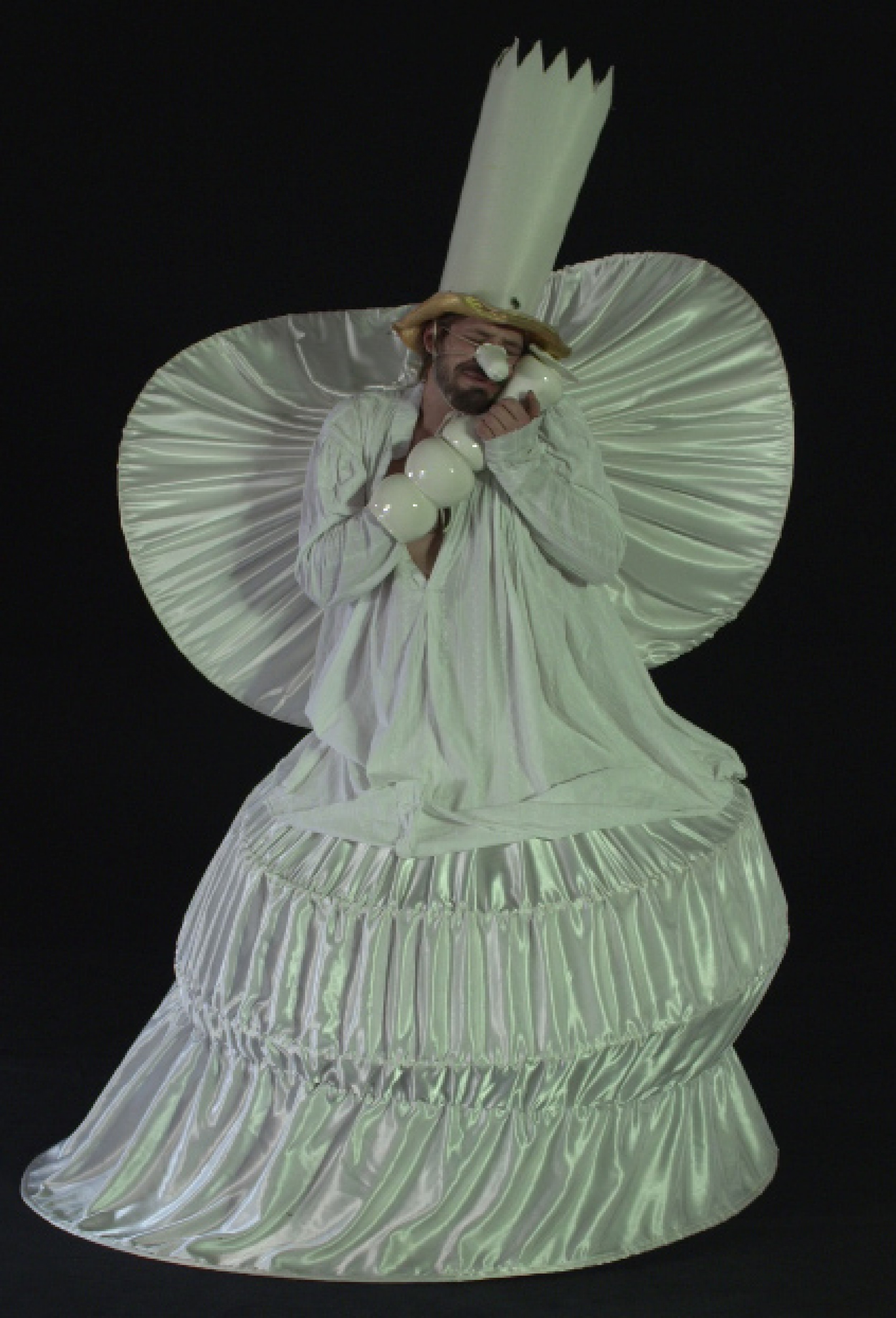 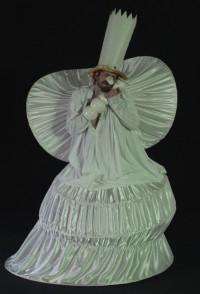 Life-size figures loom out of nowhere. They appear absurd and sensual, with a deliberate clarity, standing upright against the infinite blackness, and then they disappear again. They emerge from an insane world of majestic rulers in regal underwear and paper headdresses, voluptuous princesses with porcelain busts and radiant crinolines, and colourful, handmade animals that guilelessly carry out human actions. These figures form images and are intended to be not indecisive, but radical in their appearance and disappearance. The figures are human, but are dehumanised because they are concerned with everything but the actual moment. They attempt to become an image, together with the object, and the material, and they make a triumph of their failure.

The images are permeated with questions of material. They are signed by Lemm&Barkey, the name of the joint venture by the artists Lot Lemm and Grace Ellen Barkey. They are together engaged in seeking out radical images.

Grace Ellen Barkey’s stage productions are sequences of images that attempt to be autonomous. The videos are an in-between stage in the archiving of these autonomous images. An in-between stage because Barkey never wants to achieve her aim. She is not interested in solutions, but in the problem itself. When we look carefully at the images in the installation exhibited, we see that there is no logical order. The images are intentionally juxtaposed and their interaction leads to yet more sensations.

The use of a craft, both porcelain and knitting and crochet, is an important element. The materials that pass through the hands of Barkey’s ‘partner in crime’, Lot Lemm, are treated in an almost relentlessly hysterical manner and made into something monumental. What starts with material bursts its seams to form a bigger story. Porcelain objects that become body parts and even link bodies together. But also: what could be more pointless than a teacup – meticulously hand-turned – from which no tea can be drunk? A bra in porcelain is unbearable. And is the painstakingly crocheted bear a children’s story or a transgressive dream? To take an example, Lemm&Barkey will intentionally give you no answer to this last question. If they had known the answer they would not have created the object.

But then Barkey sets the bodies of her performers counter to these ideas. These bodies may be almost perfect, trained works of perfection, utterly fragile and obstinate, or a primal force. Just as, in Barkey’s productions, it is never all about the choreography as such, but about its disappearance, in the videos it is never a matter of the representation, but of the presentation itself.

This installation is the result of non-preconceived aim. An anti-conceptual delusion.