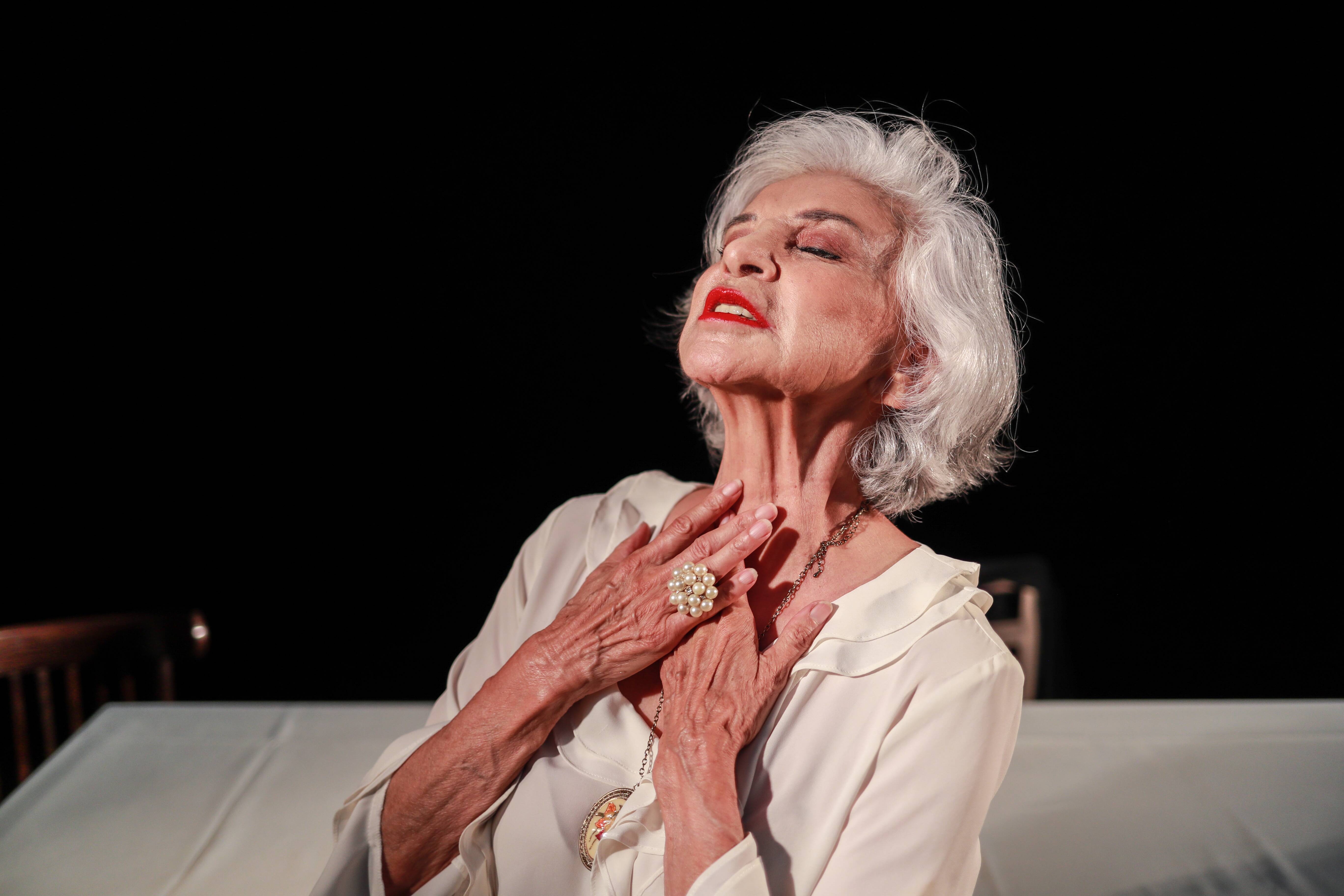 In 1999, Belgian artists Viviane De Muynck and Jan Lauwers began working on a theater version of the last chapter of James Joyce’s Ulysses, a radical monologue spoken by Molly Bloom, the unfaithful wife of the principal character, Leopold Bloom. What they did not expect, though, was for the author’s grandson to send them a series of offensive letters forbidding them from using this material. Nevertheless, they managed to hold secret dramatic readings of this version in Germany, which were well-received by critics.

Twenty-two years later, once the copyright on James Joyce’s work had expired, De Muynck became Molly Bloom once again. At 74, one of the grande dames of European theater performs in a play that, in these #MeToo times, reinforces the need to talk about emancipation, equality and sexual freedom for women. The production Molly Bloom by Needcompany has been on tour relentlessly since 2020 and audiences throughout Europe and the world have been touched by the performance of Viviane De Muynck.

She is not the only one to bring the leading lady to life though. In cooperation with Santiago A Mil International Festival, Jan Lauwers - who has taken part in the festival before in 2009, with a touching version of El cuarto de Isabella also starring Viviane De Muynck - directs a version starring renowned Chilean actress Gaby Hernández.

A magnificent monologue that, in these #MeToo times, reinforces the need for equality for women in the voices of two great actresses: Belgian Viviane De Muynck and Chilean Gaby Hernández.