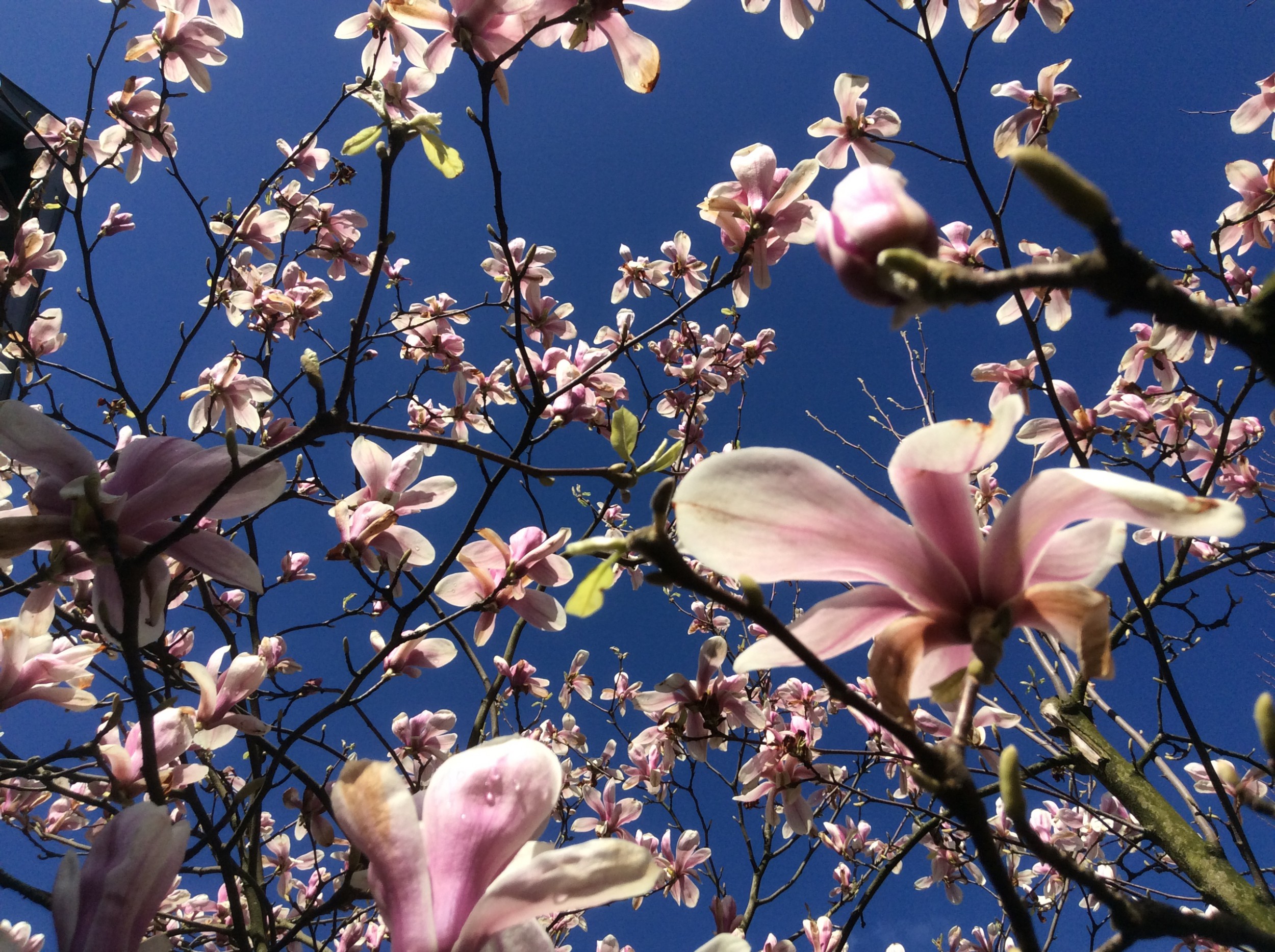 UZ Jette, Brussels
January 2020 - May 2021
Magnolia and Night Magnolia are exhibited in the entrance hall of the UZ Jette. 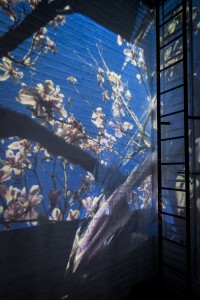 ‘The installations are an examination of the transposition of a space to a confinedness. I have filmed the flowers, leaves and grass in my garden for a number of years. So much under the impression of the details of nature that it is no longer nature; they become abstractions, and the birds appropriate the image and their singing distorts into a hysterical sound. A claustrophobic view of the notion that people are mortal and nature is eternal. Beauty is only beautiful when it is transient. Only then does it acquire a history.’

‘Grace films a flower for hours on end. Slowly and obsessively. As if she wants to know what all the dead have missed when they took too quick a look, or didn’t dare to look alone in case it was too much. She says: ‘Art is all about the solitude of looking.’ And as if that were not enough, she projects her images and puts the spectator on a swing. The spectator literally feels the ground vanishing from under his feet. Looking becomes a physical sensation. A feeling that refers to childhood. In that instance it is no longer about the solitude of looking, but about the solitude of the viewer himself. She herself planted all the flowers that she films in her small garden somewhere in Brussels. The magnolia, the first to stubbornly make a fool of winter. A sign of hope, but filmed by Grace as if the magnolia flower were already in the distant past. It’s quite something, artists and nature. Cézanne spent his whole life trying to capture the beauty of a mountain, but failed miserably. Monet designed his own garden so as to paint it. Derek Jarman’s stone garden. Now there’s Grace, who is trying to fathom the whole of life in her own garden.'

It is an invitation to the viewer to become part of a sensory work. Magnolia (Strombeek, 2016) and Magnolia (MILL, 2017) make up the first stage of the work, which will be composed of several variations.

Between January and April 2020 Grace Ellen Barkey exhibits two site-specific works Magnolia and Night Magnolia in the entrance hall of the University Hospital in Jette. 'Grace Ellen Barkey transports us with her day-night images into an imaginary universe in which time no longer matters and life presents itself as a course of nature. The hall of the hospital is a transit full of crowds. And sometimes also a resting place where you can find beauty through art.' - Luk Lambrecht

UZ Jette, Brussels
January 2020 - May 2021
Magnolia and Night Magnolia are exhibited in the entrance hall of the UZ Jette.