fragment of wallpainting depicting duck on water (song of indifference) 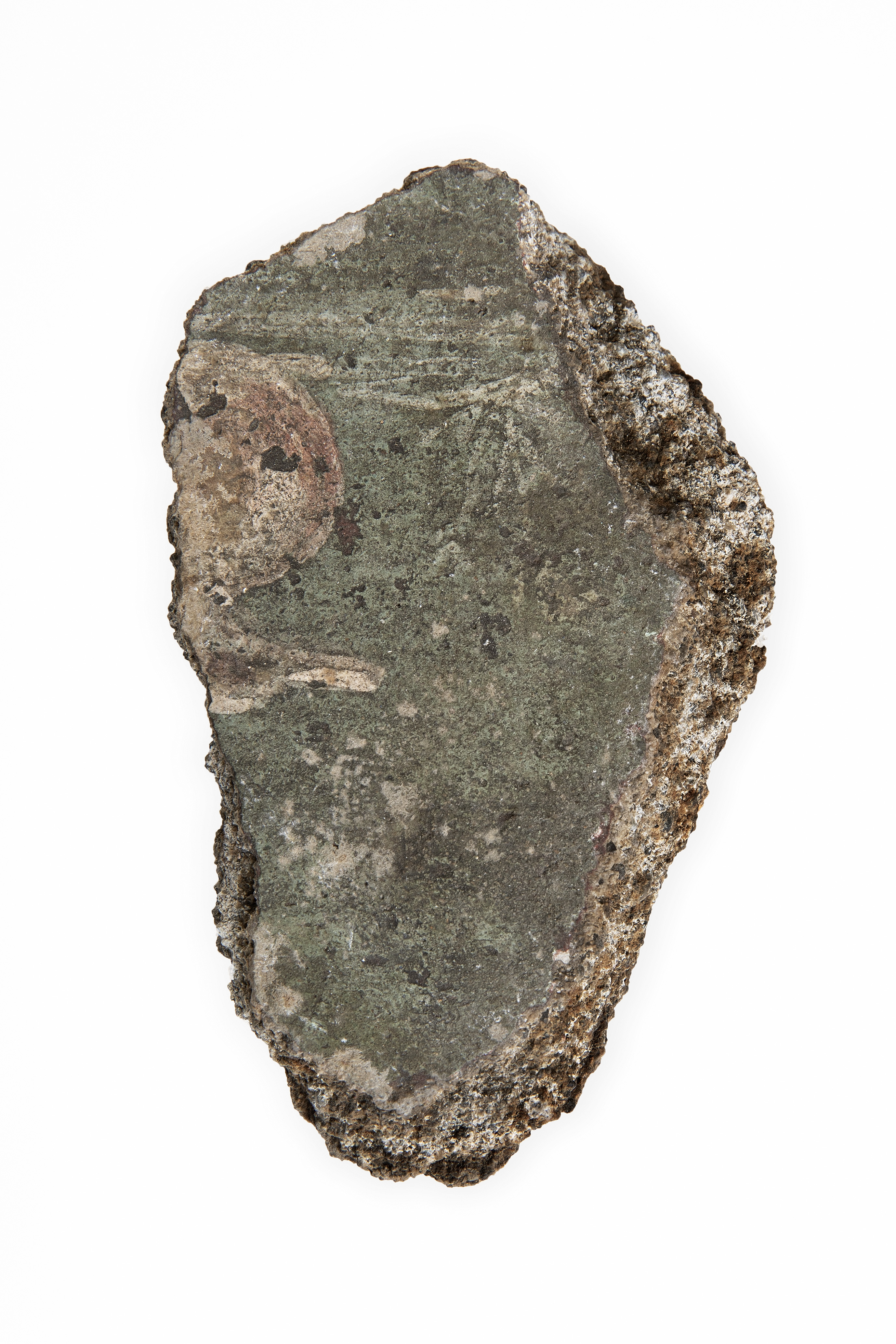 « An Oriental wise man always used to ask the divinity in his prayers to be so kind as to spare him from living in an interesting era. As we are not wise, the divinity has not spared us and we are living in an interesting era. In any case, our era forces us to take an interest in it. The writers of today know this. If they speak up, they are criticized and attacked. If they become modest and keep silent, they are vociferously blamed for their silence.»
- Albert Camus (Create Dangerously, 1957)

For Maarten Seghers, creating work and meaning from ‘unintelligibility’ is a deliberate act in which the hopeful slumbers. A new notion can emerge. Thus disconnection is a potential re-connection.

fragment of wallpainting depicting duck on water is the next step in Seghers’ research into the potentially tragic relationship between entertainer and spectator. This resides in the irresistible urge to share and connect and the essential impossibility of doing so.

The title refers to an old, carefully preserved piece of wallpainting depicting a duck on a pond. For Maarten Seghers, the strange attraction to this unloaded archaeological artefact revealed an urge for the un-dramatic.

The subtitle (song of indifference) refers to the paradox between the completely uninvolved point of view of the depicted landscape with a duck on the water on the one hand, and the expectation of a dramatically engaged point of view of the man observing the scenery on the other; man recognising the worldly tragedies that form the background of the landscape.

“Today, beyond all the discoveries, reclamations and exploits, we come to a landscape. It is a landscape that we no longer know. The same landscape that thus becomes the new discovery. The idea of the end is dropped, the need for an alternative world at astronomical distance is dropped. A new potential arises in the same place.

There is an eruption of all colours and meanings because everything could be and nothing is. An exuberant utterance that sprouts from an excited imagination about unattainable places and incomprehensible times. A generator that breeds the absurd idea called ‘together’.”

“The piece of wall painting confronts me with the historical notion of ‘art as representation’, which does not respond to the contemporary call for ‘engagement’.

Making this image central to a new work provokes an inevitable reflection on ‘involvement’. Social, political, societal... It is exciting and inspiring how the spirit and the subject of this historical art object contrast with our times; this time in which global emancipatory forces are at work; this time in which works of art must relate to the unmistakable need for engagement and activism."

"I imagine a song that wanders in confusion between the traditions of operetta and performance. A song in which the people at the water’s edge sing of their tragicomic fate; a libretto with an abstract language as a proposal for what the duck, as an unintended listener, hears and possibly experiences as meaningful; a libretto that oscillates between engagement and indifference and explores what intensity can provoke this clash.

With fragment of wallpainting depicting duck on water, I write my idea of ‘the first conversation’, an attempt at (re)connection, at interpersonal communication. This abstract-sounding libretto seems - despite intentions and intensity - tragic in its unintelligibility. It is a central notion in my work: communication only becomes clear when it fails.”
- Maarten Seghers