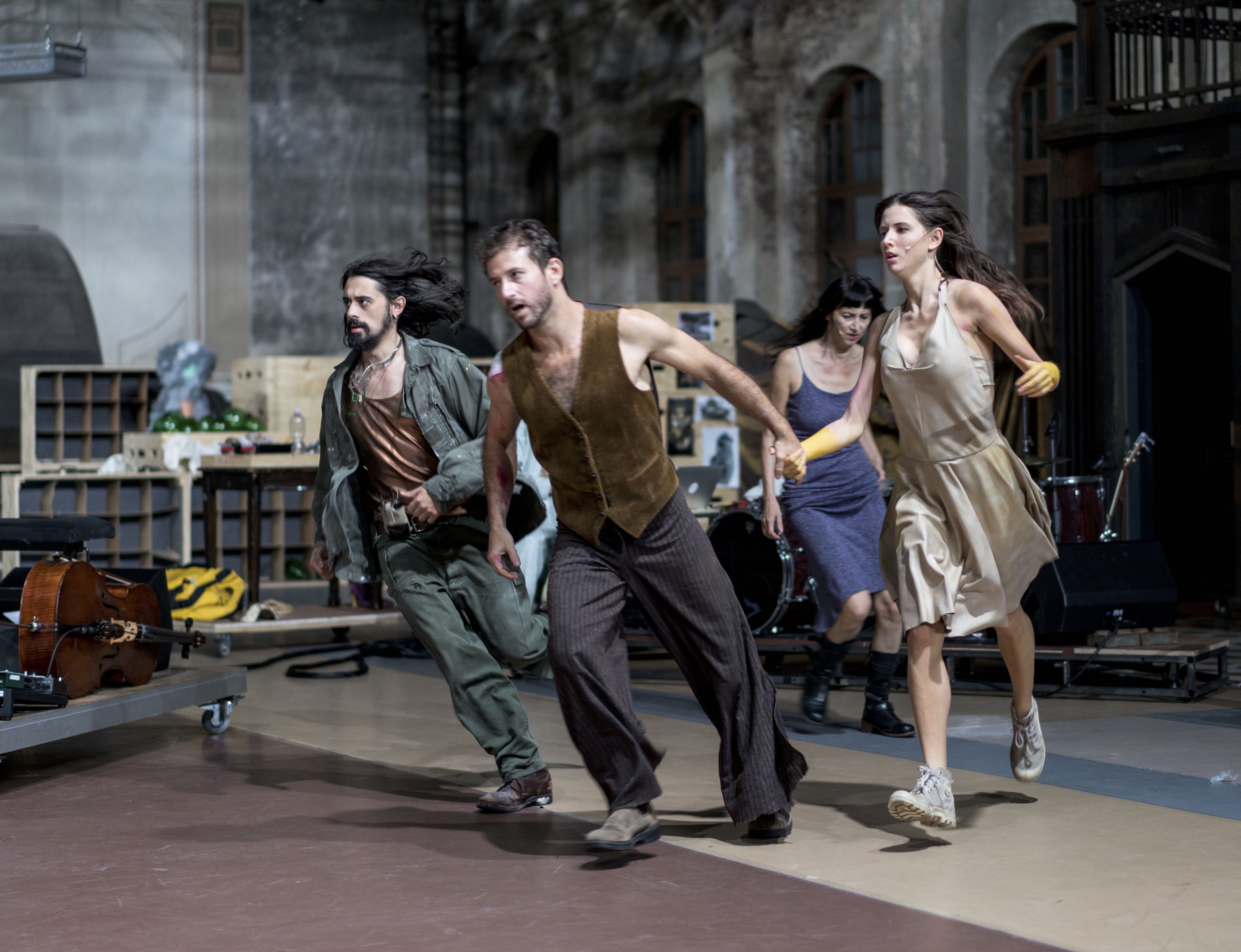 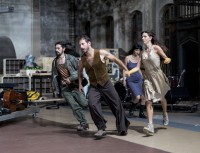 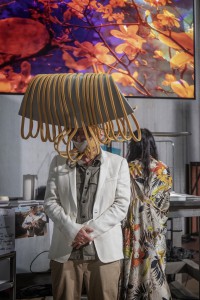 In 2014 Jan Lauwers met the Israeli elite soldier and war veteran Elik Niv who, following a serious accident and a long rehabilitation process, became a professional dancer. They had long discussions about his military operations and his development as a dancer in the safely subsidised world of the living arts in Germany. It was during these conversations that the bombs exploded at Zaventem airport and Maalbeek metro station.

All the good is a fictional self-portrait interwoven with autobiographical elements. There is Elik’s life on the one hand and Lauwers with Grace Ellen Barkey and their children in their house, an old bakery and workplace in the infamous district of Molenbeek, on the other.

All the good also tells the story of a young girl Romy, who is convinced that the world is good. During a trip through China, she meets the soldier Elik while she is vomiting in an alleyway after drinking snake’s blood. This meeting changes her life.

All the good is about loss and hope. A love story at a time in which Europe is sacrificing its values and a large group of people are succumbing to hate and incomprehension. The story of a family of artists with their everyday cares and the omnipresent death, which mercilessly imposes itself both in the seclusion of their home and in the outside world.

For the least well-off among us, identity is sometimes the only life-saver and the only form of self-respect. But it is a false image. It is a dishonest image and in the hands of nationalist forces it can become destructive. Artists must do all they can to make sure that their ‘poetics’ provide a powerful response to the all-devouring political suffocation we now find ourselves in. Brexit, Trump, Erdogan, the abuse of our planet, the terror of the expansion economy and the loss of solidarity all have to be tackled politically. But poetics have to take care of humanity. - Jan Lauwers

All the good is a uniquely beautiful experience, not unlike spending an evening at a long table having dinner with friends old and new. Everyone gets to have their say, no matter how unconventional. - Wiebke Hüster (Franfurter Allgemeine Zeitung)

Exuberant, bewildering but nevertheless delightful. All the good explores the complexity of the world. - Karin Fischer (Deutschlandfunk)

Jan Lauwers doesn't shy away from provocation. All the good is a rich and thought-provoking theatrical experience that tackles the big themes of art and life. - Peter Jungblut (Kulturwelt)