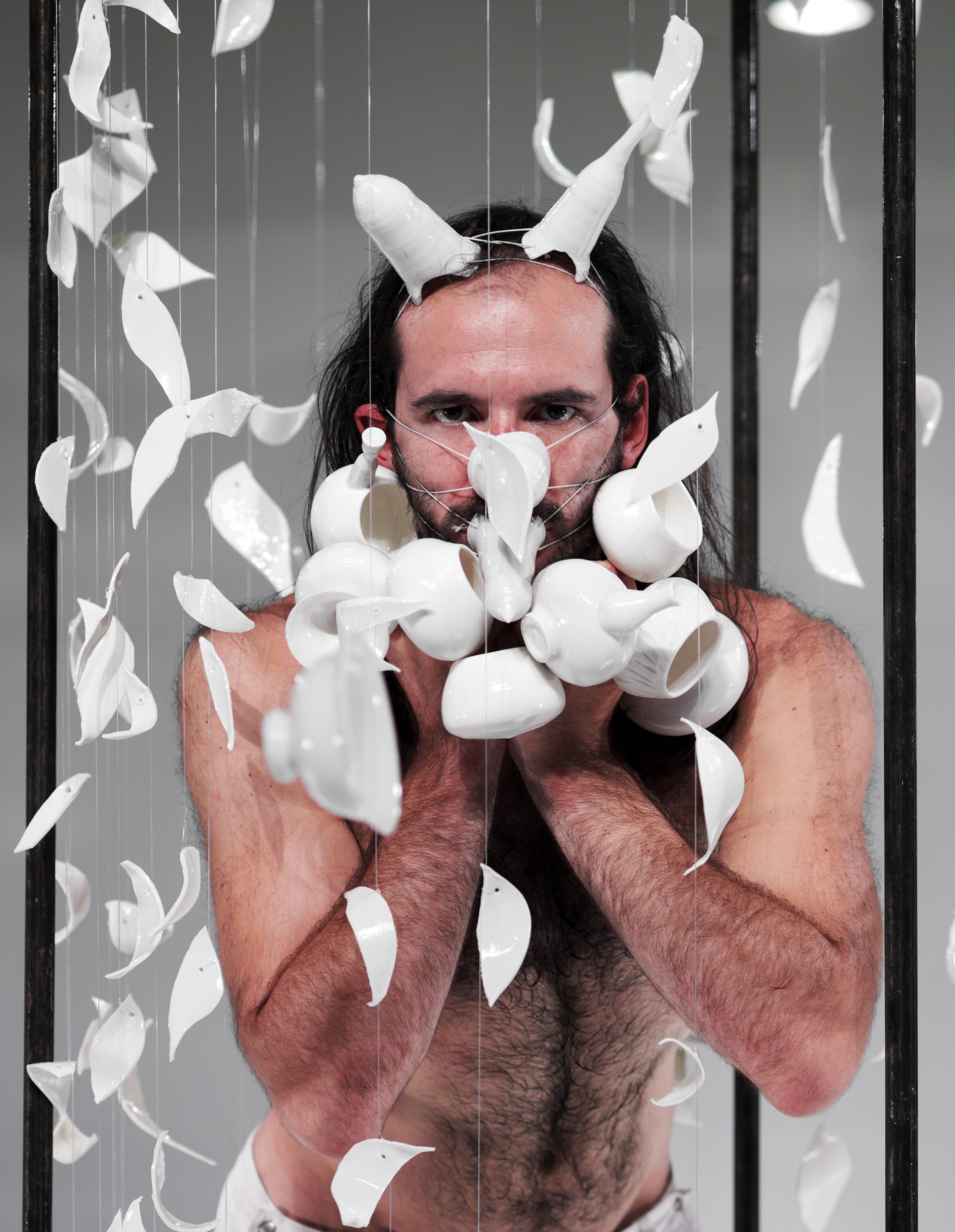 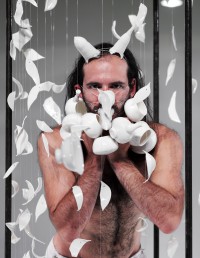 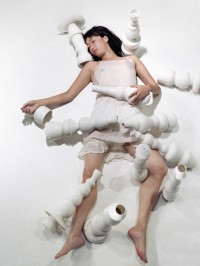 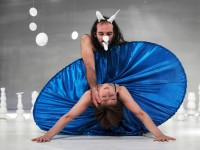 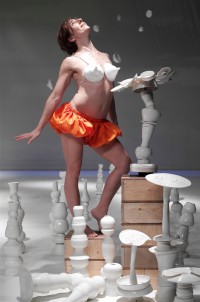 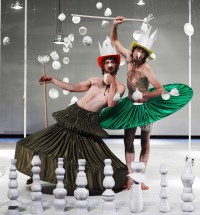 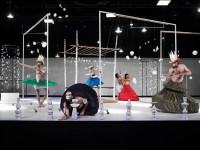 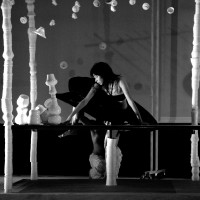 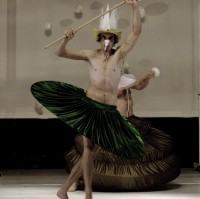 Grace Ellen Barkey, who has been involved with the Needcompany since its creation, and who operates under its wing, has since 1992 been doing productions of her own whose nature lies where theatre, dance, live art and visual art meet.

Watching a performance by Grace Ellen Barkey is like entering an unfamiliar world that derives its coherence only from itself and not from any preset narrative line. The only logic that applies in this fantasy is a poetic one and although various elements (bodies and limbs, contours and lines, images and objects) are reminiscent of a world we know, they are here reconstituted in accordance with playful but barely fathomable associations.

Porcelain objects and installations made of porcelain occupy a crucial position in the stage setting. Away from the stage, these installations and sculptures, made by Lot Lemm, lead an independent life as art objects. However, none of the objects would be what it is without its interaction with performers and audience. Whereas Grace Ellen Barkey’s previous production, Chunking (2005), was still exploring the boundaries between theatre, performance and art, in The Porcelain Project these boundaries have become completely porous. The common denominator that makes this possible and connects each of these elements together on stage is their visual intensity. Grace Ellen Barkey makes a theatre of images or an image of theatre.

"At the Kaaitheater in Brussels, the Belgian porcelain artist Lot Lemm has created a jingling world together with the Needcompany’s choreographer Grace Ellen Barkey. ... A true masterpiece."
Arnd Wesemann / Ballet-tanz