The House of Our Fathers (Mannheim) 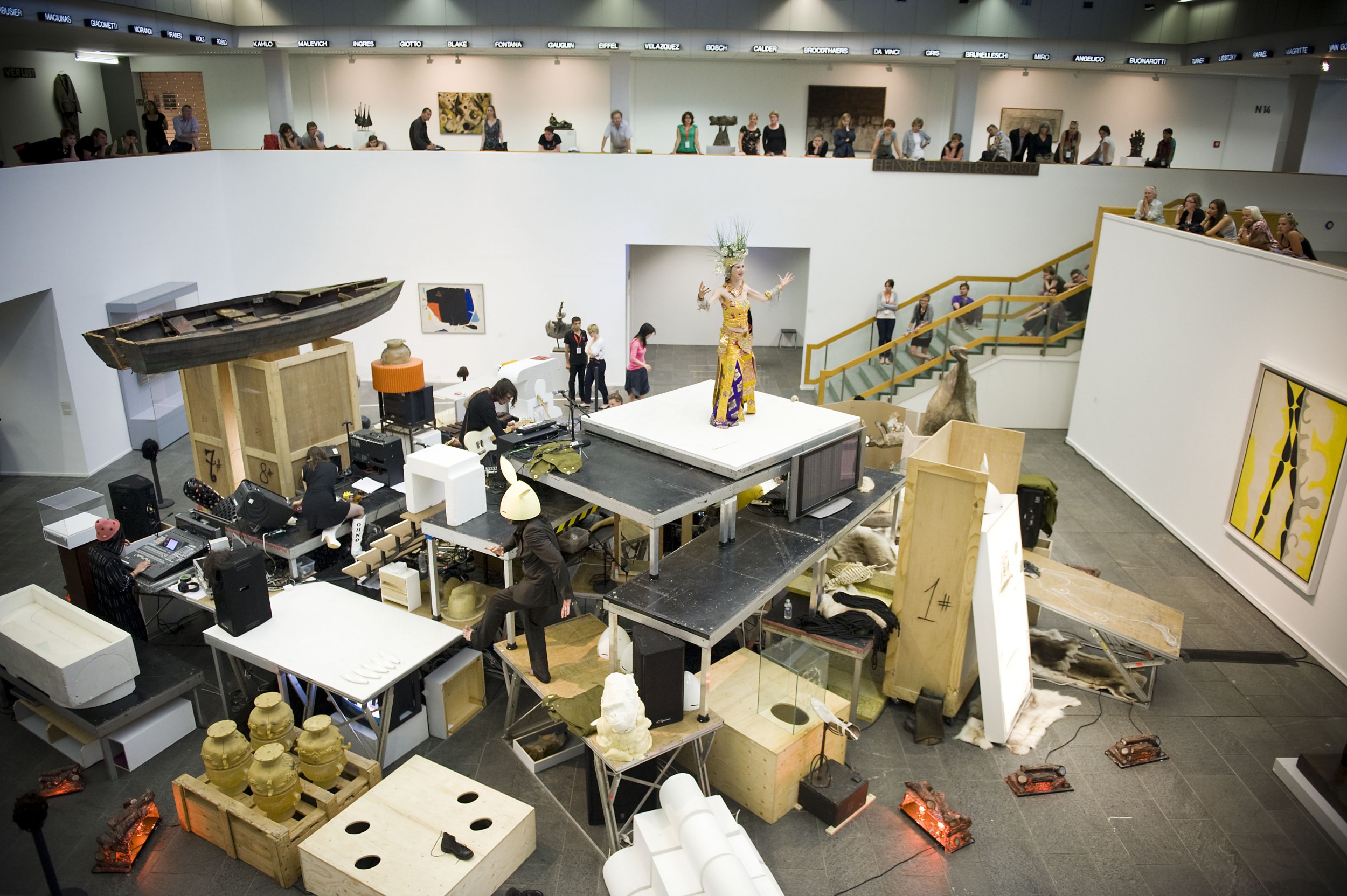 After my father’s death, I subjected his house, which by his absence had become a different house, to a thorough investigation. He had designed it himself and I was born and raised there.
In the cellar, at the back of a rickety cupboard, was a glass preserving jar containing a human heart in formalin. No one had ever told me where this heart came from. On the top floor of the house was a glass bell-jar containing a 36 cm-long Egyptian animal mummy in the form of an inverted L. We took it to the local hospital, where my father had worked, and had X-rays taken of it. It turned out to be a young baboon. This is another object whose origins are unknown to me.

These two objects have a history of their own that remains unknown to us, and this enables stories to take shape. For this reason I have given them a central position in my ideas concerning ‘The House of Our Fathers’. These objects have literally been torn out of their own past. The heart may come from the East (at that time, around 1950, numerous organs and skeletons were brought from India to Western universities for the purposes of study), while the baboon mummy was probably robbed from a grave in Egypt and smuggled to Europe.

History is always written by individuals and is thus never an objective report. What meaning does an individual history have in the face of history in general? Are we capable of writing a meaningful history? What would these objects signify if they were given a different history? This is the essence of the house. It is a confrontation with a past that is always changeable. So what does memory actually mean? Contemporary art history is determined entirely by politics. The influence of the art market and shifts in the affluence of our society, combined with the influence of religions, are greater than ever. What does this house signify in this context?

I am building a house. A movable house. Every detail of the house is a non-functional work of art in its own right. A hospitable house. To which people are invited so they can signify something there.

In my work with Needcompany I am always experimenting with time. In the museum installations we put on performances lasting a whole day, and the observer decides for himself how long he wants to watch a particular action. The place (in this case a museum) and the action (theatre) are deconstructed by the subjectivity of the time involved in observing. So these deconstructions are the essential bridge between the two media I work in.