Ricky and Ronny and Hundred Stars – a Sado Country Opera 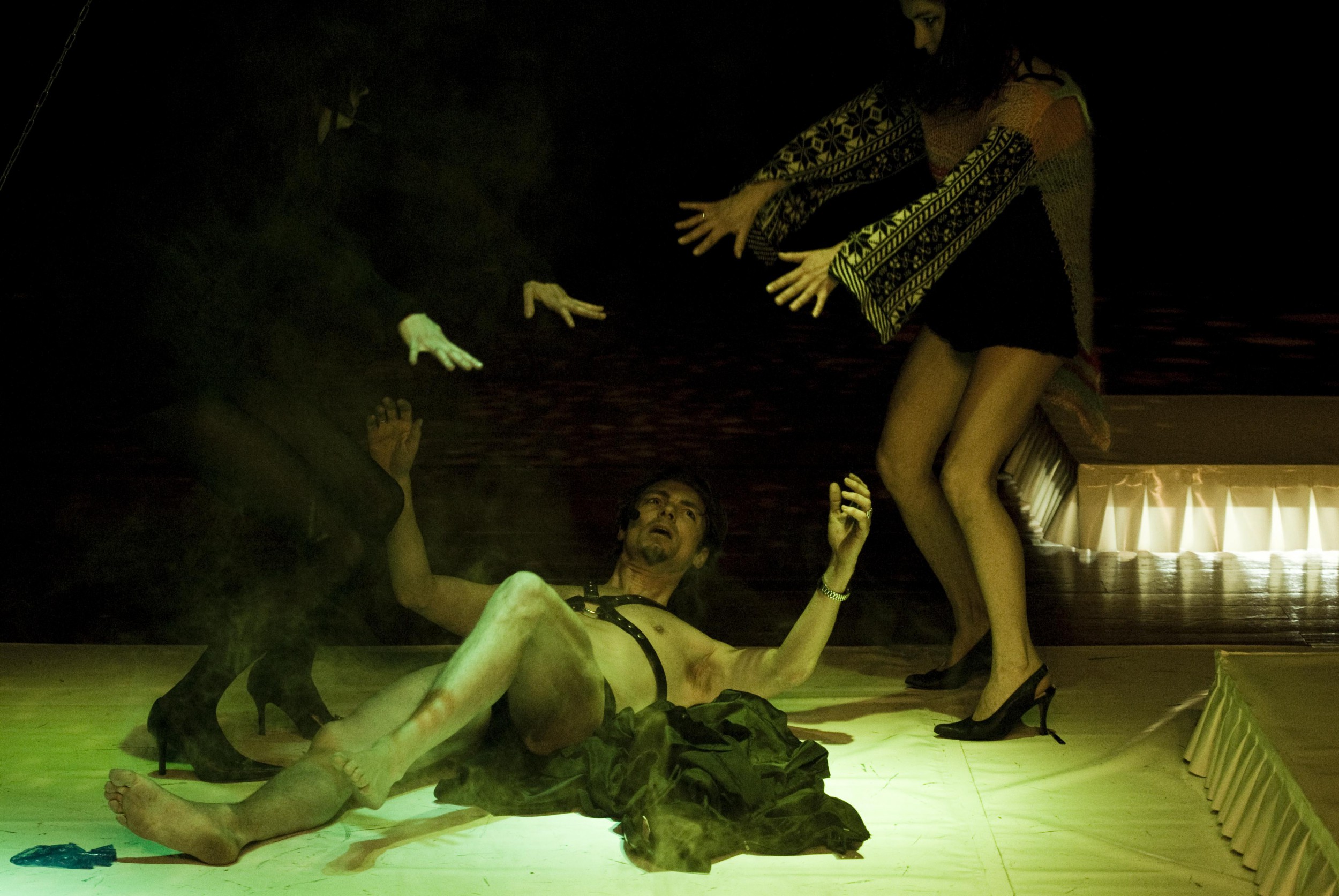 With the Support of Kaaitheater (Brussels) and Konstnärsnämden (Stockholm).

With the Support of the Flemish authorities and Norsk kulturråd. 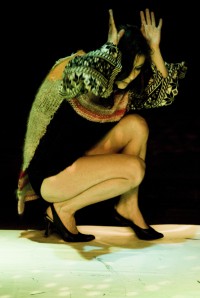 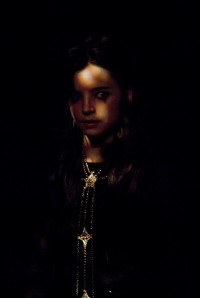 "Theatre is looking at people. Possibly even an excuse to look for a long time. Because people have a desire to learn. To learn about what happens in extreme situations."
-MaisonDahlBonnema-

MaisonDahlBonnema’s Ricky and Ronny and Hundred Stars – a Sado Country Opera is the follow-up to their first opera, The Ballad of Ricky and Ronny – a Pop Opera (2007). The mystery left unresolved at the end of the first opera provides an open beginning for the second. Ricky and Ronny, their creators’ alter egos, are a couple who wander like spirits among the stars. That’s where they meet the twinkling presence of eternal spoilsport and Salvationist Hundred Stars, who in her turn has been sent to save them from their degenerate fantasies. Through her, Ricky and Ronny stumble into a pornographic universe where they appear to lose their hold completely. As they float through space, Ricky and Ronny, guided by Hundred Stars, sound out the possibility of a rebirth, a continuation of their existence on earth. In this opera, unbridled idolatry and rampant consumerism are stranded in the plant and animal kingdoms.

What do ‘stars’ have to do with animals? And what happens when we take animals seriously, and are literally absorbed by them, in an attempt to embody animal energy? Hundred Stars helps Ricky and Ronny to focus on these issues and in passing teaches them that good and evil are inseparable.

The setting is Paris and the rest of the mental world.

This sadistic underworld is coloured by melancholy landscape songs. Sado Country is the musical style for this new opera: nothing but sadness and the aggressive pleasure of wanting to feel it by singing and telling about it. A world fuelled by day-to-day worries and moral dilemmas and the eternal endeavour to do good. Dream on.

Ricky and Ronny and Hundred Stars – a Sado Country Opera  tries to tell a story about the contemporary experiences of a couple for whom there is no happy end. What initially resembles a soap is soon transformed into a metaphorical tangle, a psychedelic nirvana in which several realities intermingle.

In their first opera, MaisonDahlBonnema showed that their artistic concept is a successful expression of a new theatrical idiom. In Ricky and Ronny and Hundred Stars – a Sado Country Opera, they continue the quest for the potential of this genre. In this work, the creators and performers Anna Sophia Bonnema (libretto) and Hans Petter Dahl (composer) are joined by the dancer and singer Louise Peterhoff.

With the Support of Kaaitheater (Brussels) and Konstnärsnämden (Stockholm).

With the Support of the Flemish authorities and Norsk kulturråd.