Concert by a Band Facing the Wrong Way 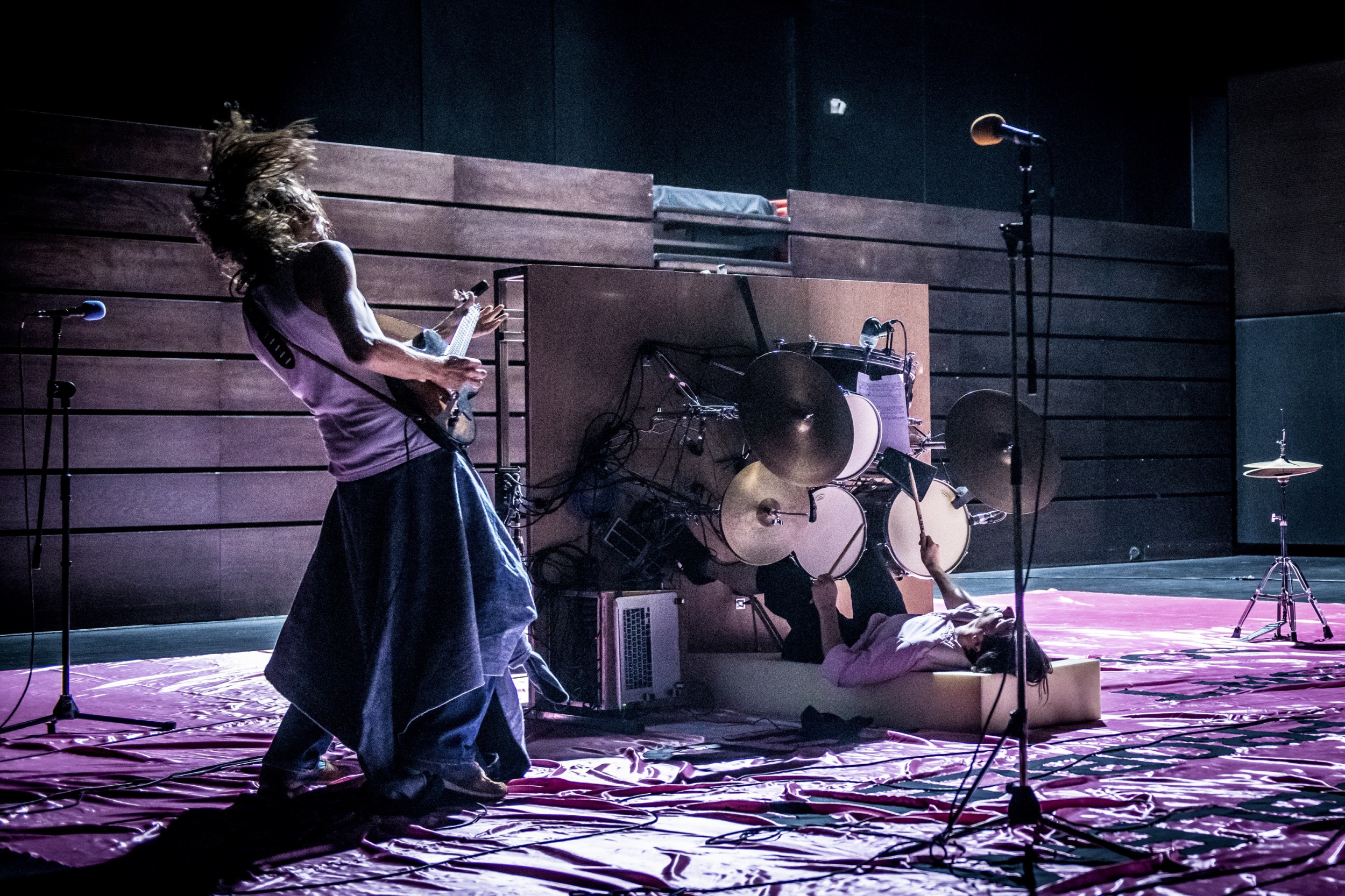 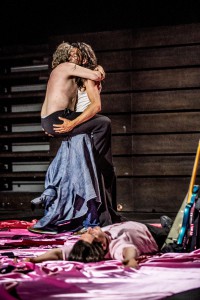 ‘Concert by a Band Facing the Wrong Way’ is a portrait of a group of Western artists who run endlessly onward. It is unclear whether they are fleeing from all the misery in the world that is not theirs, or racing towards it. This performance is a pressure cooker bursting with boundless effort, which leads to an exuberant optimism that has lost all sense of direction. The ‘Band Facing the Wrong Way’ consists of Maarten Seghers and Rombout Willems as guitarists and singers and Nicolas Field on drums.

The effort made to communicate in this concert is boundless, but wrongly directed. Something is shouted that is entirely audible but not necessarily comprehensible. ‘Concert by a Band Facing the Wrong Way’ is a performance about effort. About the effort it takes.

The lightning-fast composition and the choreography for men storming endlessly onward: their sounds, light and gestures reverberate off the rear wall of the theatre. This reverberation of effort becomes the tragedy in itself.

"The band in ‘Concert by a Band Facing the Wrong Way’ repeatedly collides against the wall in a constant effort leading to nothing, a portrayal of the powerlessness felt by the audience itself, who move from complicity in the comical moments to negation and discomfort. The audience aren’t sure how to react, to the point that the laughs in the funniest moments are hesitant, and they don't know whether to get up and applaud at the end of a song or not, looking around to see what others are doing. In this way the show works perfectly, revealing the attitude of an audience in need of and accustomed to patterns of behaviour, wanting to know what to expect. It’s not just that the artist wants to please, but that the audience wants to be indulged and guided. Once again, fascinating." Juan Carlos Romero (NAU NUA ARTS MAGAZINE)